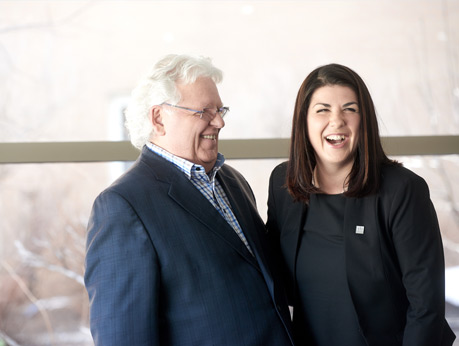 Hôtel Château Laurier Québec, a 3rd generation family business that, through the years has acquired expertise in the art of hospitality. Each team member is filled with pride  of this know-how and will go beyond customers’ expectation.

These values have for ultimate goal to guarantee excellence in every facet of our operations and deliver the highest possible level of customer satisfaction. 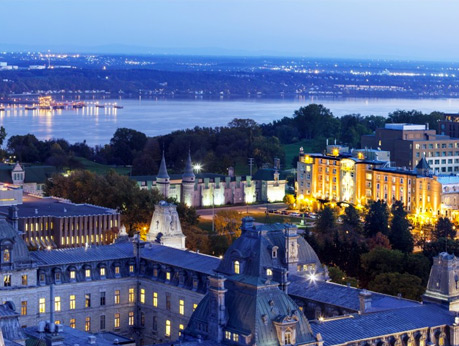 Since its founding in 1975, Hotel Chateau Laurier Quebec has pursued a clear vision. Over the next 5 years, we intend to: “Become the only event hotel in Quebec City specializing in the organization of distinctive small to medium scale events (350 guests or less) and be recognized for innovative practices and partnerships by the hotel industry as well as for commitments to sustainable development by the community.”

Wishing to improve the quality of its services, Hôtel Château Laurier Québec is proud to have obtained the following accreditations from those organizations:

– Member of Ôrigine artisans  hôteliers
– 4-star of the Tourism Bureau

In 1975, when the large hotel chains were moving into the National Capital, a trend seemed to spell a slow death for the local neighborhood hotels. Robert Girard, with his expert eye for the real-estate business, makes a good deal in buying the building. He did not hesitate about putting long hours and the investment it would take to put his own stamp on the small hotel. He soon brought his 21-year-old son Alain, into this adventure, who would learn the hotel trade from the ground up, with enthusiasm and energy.

Five years later, the Girard family purchased the Hotel Manoir Lafayette, just before they extended it in 1992. Since that moment, until 2001, the number of rooms got from 48 to 154, including the fusion of every establishments. The next year, the Cogires Group bought the property located on 650 Wilfrid-Laurier Avenue.

Then, in 2005, 90 rooms and suites, 10 meeting rooms, a pool, a gym, an inside parking, a ballroom and an inside yard were added. It is finally in 2014 that they made their most recent renovations: the entire Grande-Allée wing, the Ultra section and the meeting rooms De La Colline and George-V. After several years as CEO of Hotel Chateau Laurier Quebec, Alain Girard has transferred his responsibilities as General Manager to his daughter Aude. Now the story is still going on thanks to you…